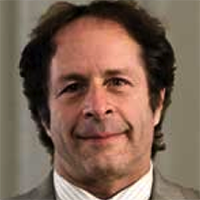 Rick Doblin, Ph.D., is the founder and executive director of the Multidisciplinary Association for Psychedelic Studies (MAPS). He received his doctorate in Public Policy from Harvard’s Kennedy School of Government, where he wrote his dissertation on the regulation of the medical uses of psychedelics and marijuana and his Master's thesis on a survey of oncologists about smoked marijuana vs. the oral THC pill in nausea control for cancer patients. His undergraduate thesis at New College of Florida was a 25-year follow-up to the classic Good Friday Experiment, which evaluated the potential of psychedelic drugs to catalyze religious experiences. He also conducted a thirty-four year follow-up study to Timothy Leary’s Concord Prison Experiment. Rick studied with Dr. Stanislav Grof and was among the first to be certified as a Holotropic Breathwork practitioner. His professional goal is to help develop legal contexts for the beneficial uses of psychedelics and marijuana, primarily as prescription medicines but also for personal growth for otherwise healthy people, and eventually to become a legally licensed psychedelic therapist. He founded MAPS in 1986, and currently resides in Boston with his wife and three children.

Colleen Fish has a BSc with specialization in Psychology from the University of Alberta, and is in the process of completing a BA in Anthropology from the University of British Columbia. She currently works as a Mental Health Rehabilitation Worker with Vancouver Coastal Health. Colleen has been working in the area of Mental Health and Addiction for many years including providing expert testimony in the legal system. Colleen has been an advocate of harm reduction for over fifteen years.

Colleen has volunteered with MAPS since 2011 which included an internship in Santa Cruz, California at their head office. She has supported MAPS since 1998 when she first became interested in the potential of MDMA as a healing treatment for Post-Traumatic Stress Disorder (PTSD). Colleen has been the assistant to the MAPS Board of Directors. 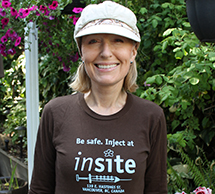 Gillian Maxwell is based in Vancouver, BC, Canada.  She is an experienced coach and facilitator, public speaker, and knowledge exchange broker and has been dedicated to the reform of drug policies nationally and internationally since 1999.  She is a board member of MAPS Canada (Multidisciplinary Association for Psychedelic Studies), and a proud recipient of the 2012 Queen Elizabeth II Diamond Jubilee Medal for community service in introducing harm reduction to Vancouver and advocating for INSITE, North America’s first supervised injection site.

Gillian is committed to raising consciousness and supporting its manifestation into the world.  She feels that plant medicines play an important role in our ability to develop an authentic presence in the world that values love and compassion.  She has extensive experience over a decade of working with entheogens in a ceremonial and traditional context, and brings this depth of knowledge, along with innate intuition and wisdom to her work as an Integration Coach.

A long-time resident of Strathcona, she lives happily with her beloved husband, Richard, their (spirit guide) dog, Brandy, and is the proud step-mother of two grown children.

Trevor Millar is a social-entrepreneur and owner of Liberty Root Therapy Ltd., serving those called to experience the healing properties of African plant medicine Tabernanthe Iboga and its derivatives.  Iboga is a powerful psychedelic and an exceptional addiction interrupter; recent discoveries show it's also excellent for treating Parkinson's Disease and perhaps other neurological disorders.  Trevor’s interests extend into psychedelics as evolutionary tools and practical life-enhancers and has a passion for helping the Downtown Eastside of Vancouver, spearheading projects that benefit the residents of that neighbourhood.  Trevor is also the former Executive Director of the Global Ibogaine Therapy Alliance.

Eesmyal is a serial social entrepreneur with over 15 years experience serving on non-profit boards. He has cofounded 10 ventures in a variety of areas including: green building, coworking, locative media, civic engagement, education, SaaS, and research. Some of these include Vancouver’s premier social impact coworking space The HiVE, a B-Corp certified company (Recollective) that facilitates the design and construction of some of the greenest buildings in Canada, and a healthtech startup (Quantified Citizen) that’s building a platform for democratizing health science research through mobile technology.
Linkedin: https://www.linkedin.com/in/eesmyal/

Mike Zaremba is the co-founder of Float House, Vancouver's 1st commercial float centre in over 20 years, which has bloomed into a hub for those looking to optimize their holistic health centred around flotation therapy for ailments such as PTSD, anxiety, post-concussion syndrome, & fybromyalgia.  Mike is also the co-host of the Vancouver Real podcast, a "people of Vancouver" themed audio and video talk-show since 2014.  He is a co-owner of 2 Tim Hortons franchises in North Vancouver where he also lives and plays; you'll often find him walking in Lynn Head Waters Park with is fiancé Jessica and son Leo.